Take a walk across the Nida Landscape Park along the route that could have been walked by Paweł Pierściński. Take your camera with you and look for scenery reminiscent of that captured by photographers of the Kielce School of Landscape: undulating chessboard fields stretching to the horizon, the rhythms of trees and balks. In Paweł Pierściński’s photographs, especially those from the ‘Landscape Geometry’ series, such elements often lose their literalness and form abstract, geometric shapes. Like Pierściński, try to find a mathematical order in this landscape.

Along the route, you will also come across various sightseeing attractions: the neoclassical Church of St. Thecla in Krzyżanowice Dolne; a steppe vegetation reserve; the Leszcze gypsum mine; roadside figures of saints typical (or atypical) for this area.

While walking, think about what Paweł Pierściński would point his lens at, in what way would he depict landscape and architecture.

Descriptions of the mapped highlights:

1. Thecla Church in Krzyżanowice Dolne – neoclassical in style, it was built in the years 1786-1789 in imitation of a Greek temple on the initiative of Hugo Kołłątaj. The interior had some unusual features: the choir was placed above the altar, and there was a lectern instead of a pulpit, positioned in such a way that the priest was always amidst the congregation, as in a Protestant church. In the previous century, the nearby Pińczów had been a major centre of Reformation, with Calvinists active there. The Polish Brethren had their church in the neighbouring Gacki. Kołłątaj became the parish priest in Krzyżanowice Dolne at the age of 29. His likeness can be seen in two figures depicted in the paintings inside the church, one of whom is the main protagonist of ‘The Creation of Adam’ painting in the main altar. The parishioners did not like the church architecture, so after Kołłątaj had left, the choir was moved to above the main entrance and a pulpit was added.

2. Krzyżanowice Nature Reserve – after climbing a hill built of marls, you will see a vast view over the Nida valley and endless fields. You will need to watch your feet so as not to trip over a protruding rock or twist your ankle in an overgrown hole. The hill is covered with steppe vegetation, which is under protection. You can feel here as if you were in a miniature mountain pasture of the Bieszczady kind.

3. Viewpoint over the Nida Valley and the village of Gacki. In addition to the picturesque landform, you will see the buildings of the plasterboard factory. Please note here how humans influence the landscape and how easy it is to create a subjective depiction of an area by composing scenes with your camera’s viewfinder.

4. Open-pit gypsum mine in Leszcze. In the past, the village of Wola Zagojska Górna continued to stretch further.

5. Two-sided 1763 roadside cross in Gacki. It is extraordinary because the figure of Christ is placed on both sides of it. As the local story goes, when the cross was being put up, the villagers could not agree which side of the village it should face, so they decided to use a double-sided one.

6. Lakes in old excavation pits at the former gypsum quarry in Gacki. On the northern side, a high rock escarpment rises above the waterline. In summer, the lakes are a popular leisure destination.

7. The cluster of trees among the fields is an oak-hornbeam grove, which is part of the Grabowiec floristic nature reserve. This is one of two places in Poland where the ash-leaf dyptam, also known in Poland as the ‘Burning Bush of Moses’, grows.

8. The way back leads along a balk, amidst fields stretching to the horizon, characteristic both of this region and of Paweł Pierściński’s photographs. On the way, in Krzyżanowice Średnie, you will pass the seat of the Combined Świętokrzyskie and Nida Landscape Parks Authority, as well as the inseparable element of the cultural landscape of Ponidzie, namely roadside statues of saints, most probably carved out of stone excavated in the Gacki quarry: a statue of St. Joseph in Krzyżanowice Średnie and a statue of St. John of Nepomuk in Krzyżanowice Dolne.

While walking, think about what you capture in your pictures; what you keep and what you skip to make your composition attractive. What landscape elements do you find to be incompatible with this aesthetic and why? How do photographic means of expression, such as cropping, contrast, depth of field or conversion of a colour image to grayscale modify reality and add visual appeal to the image? 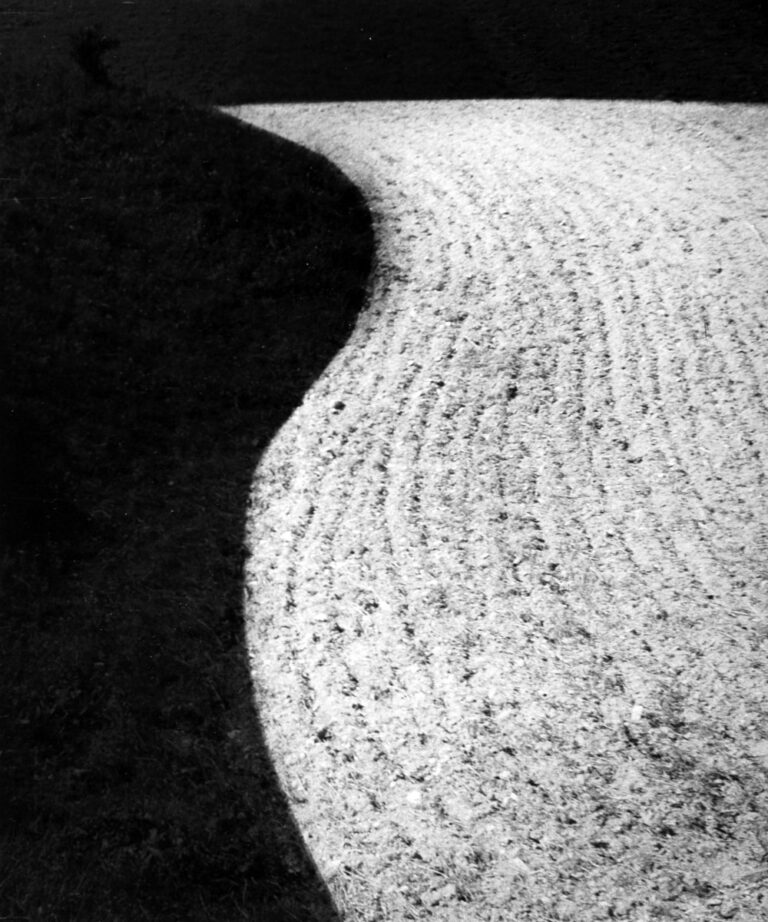 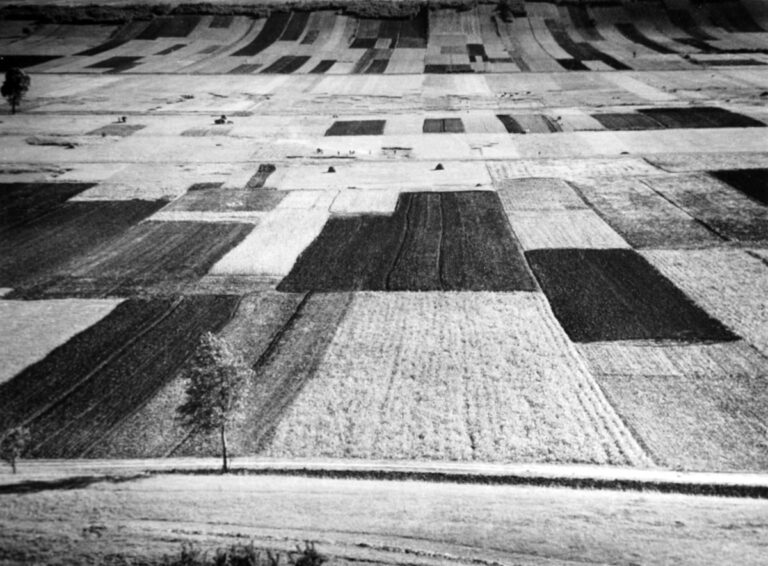 Return from the fair 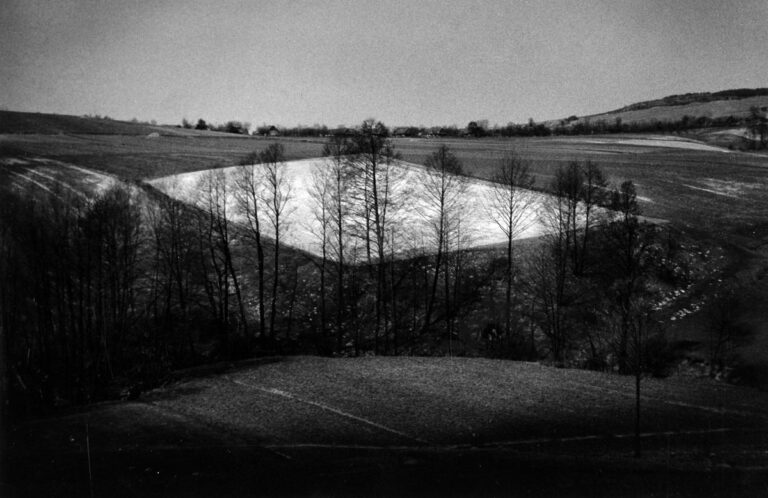 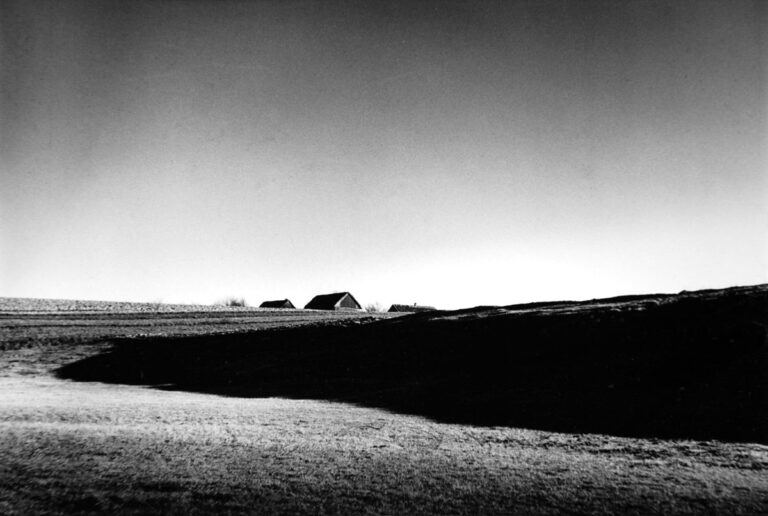 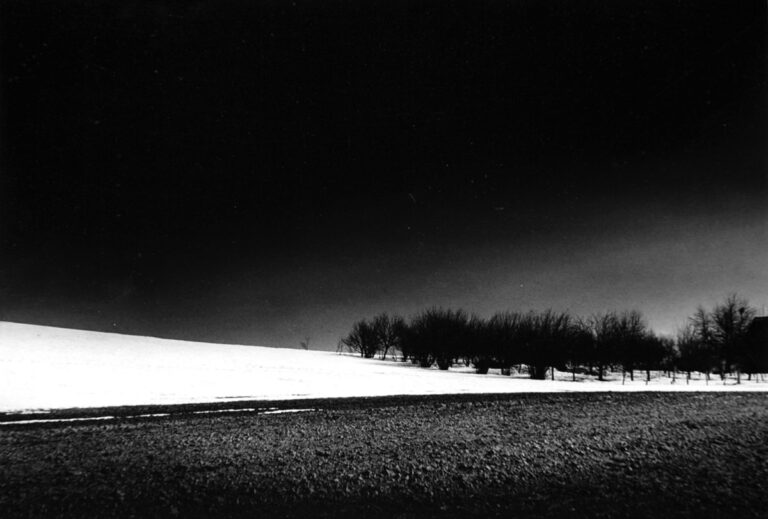 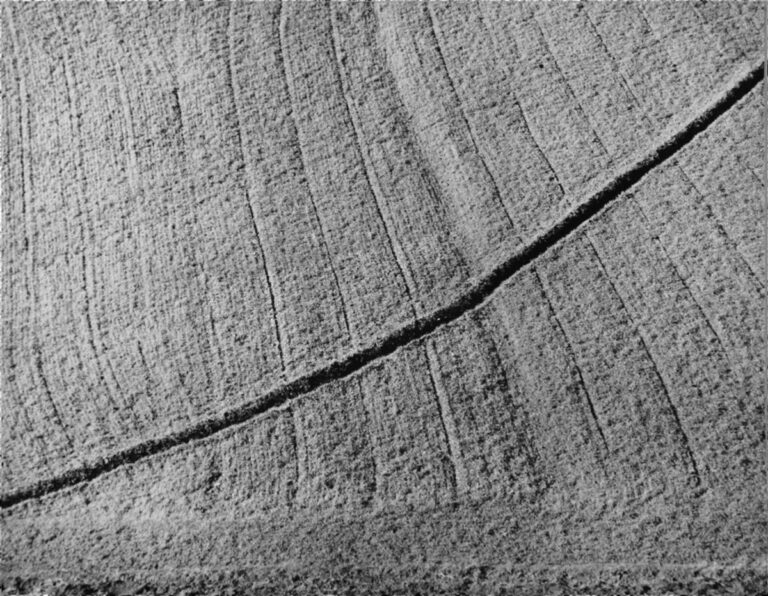 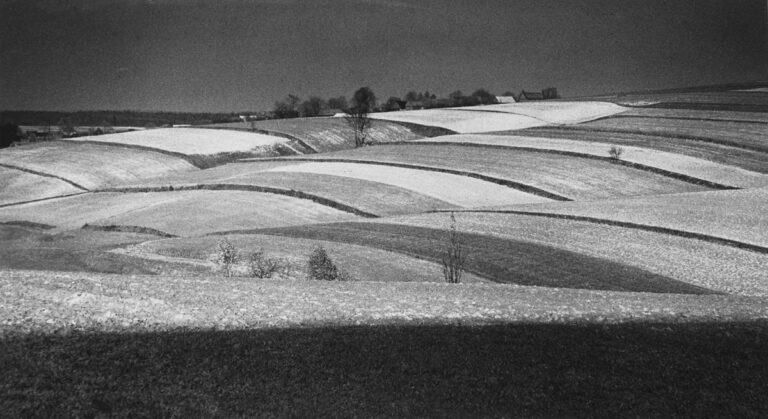 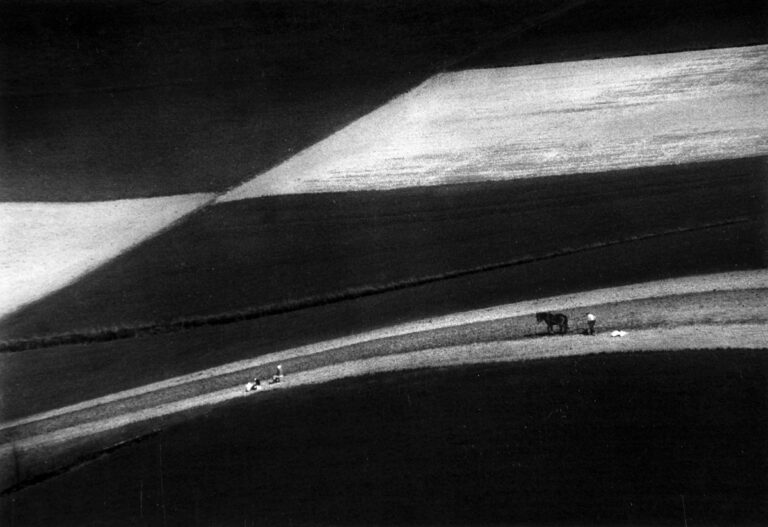 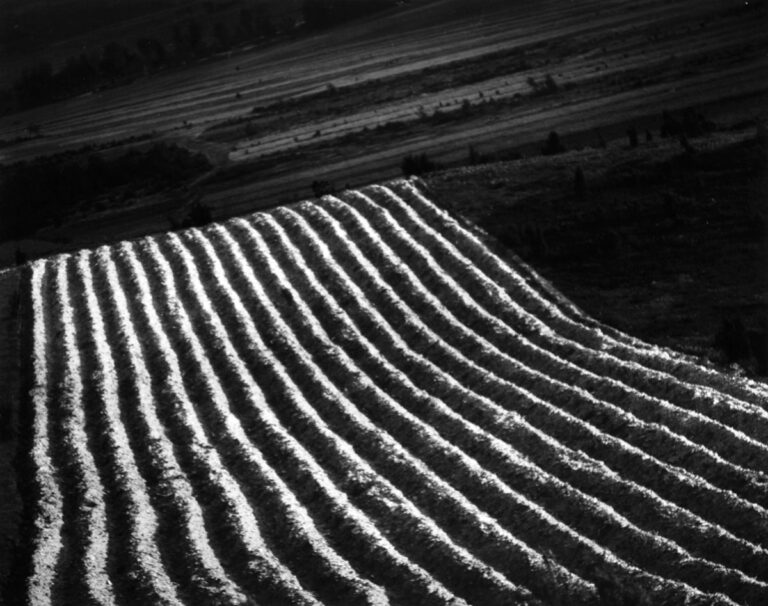 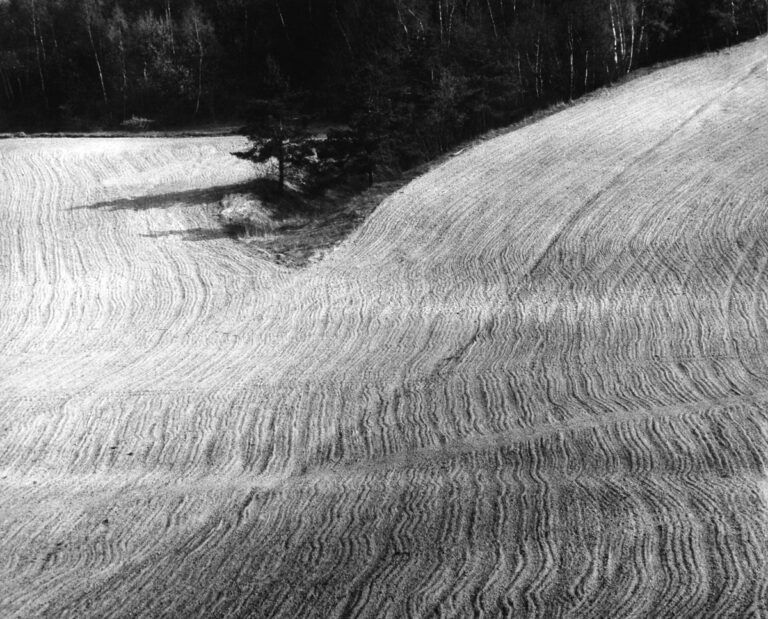 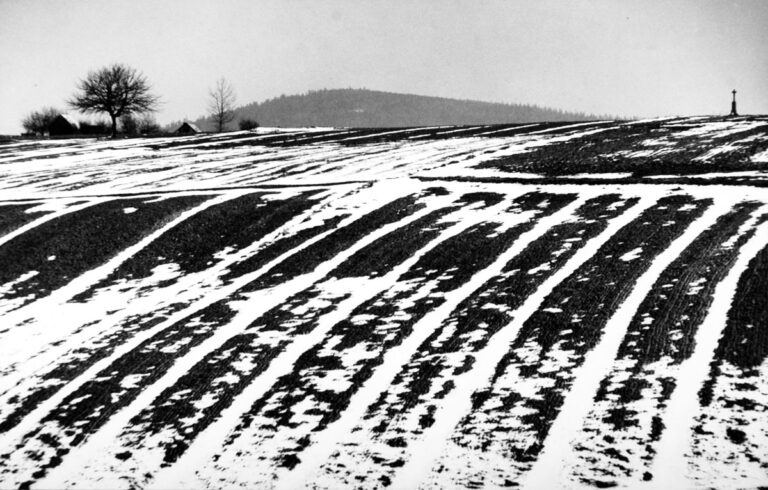 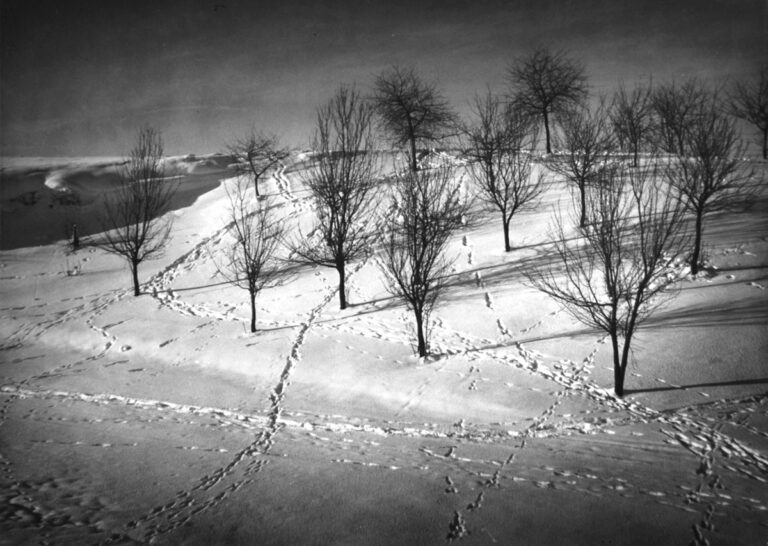 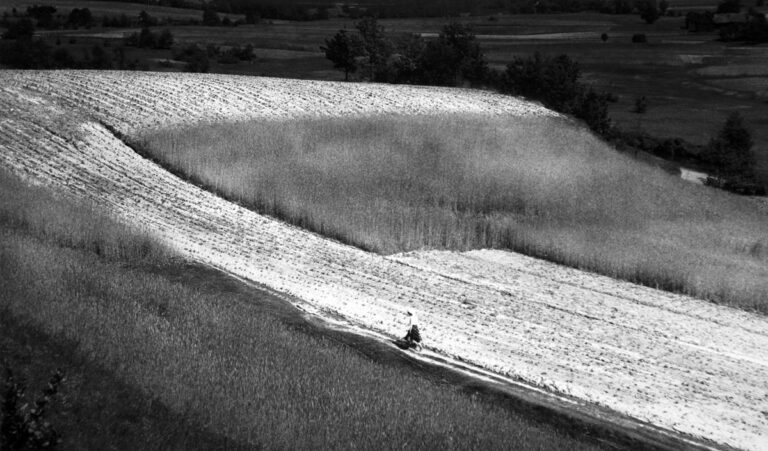 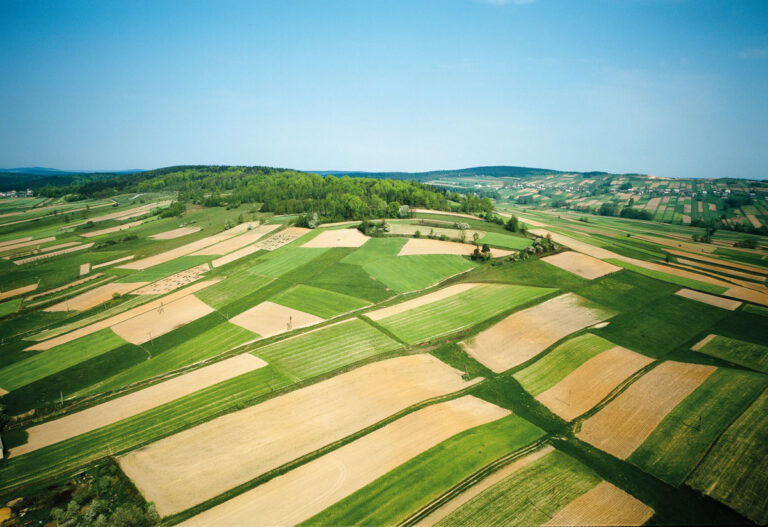 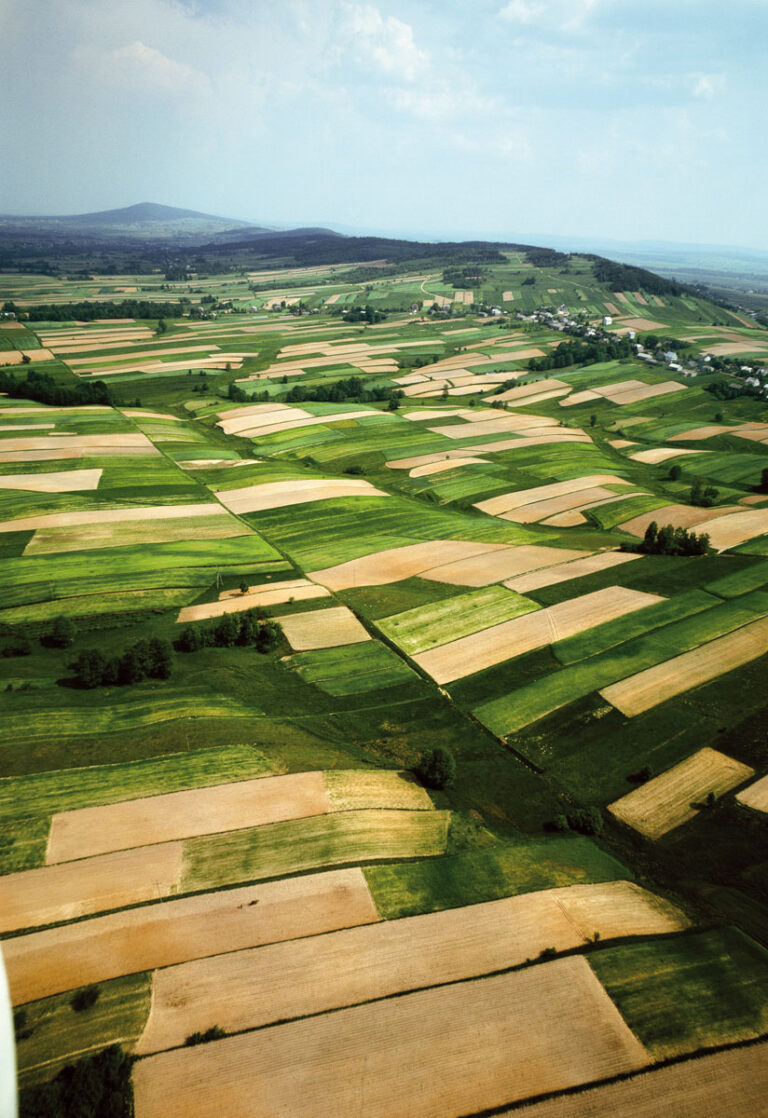 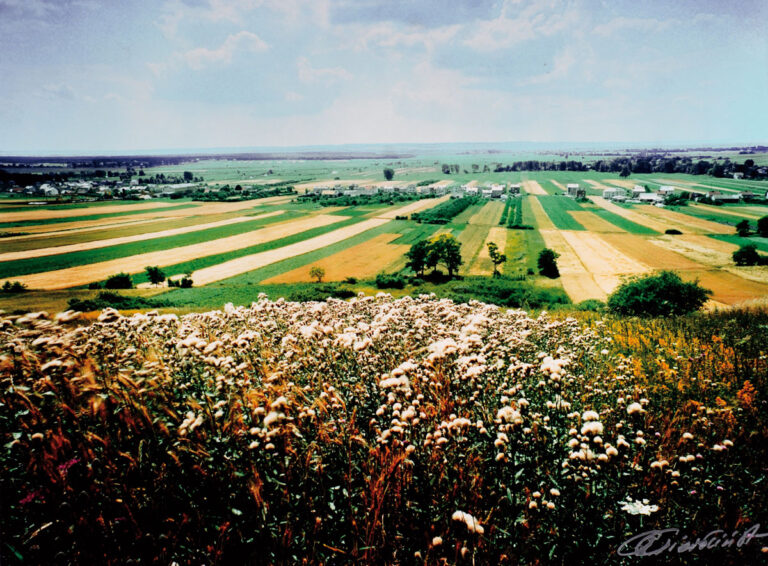 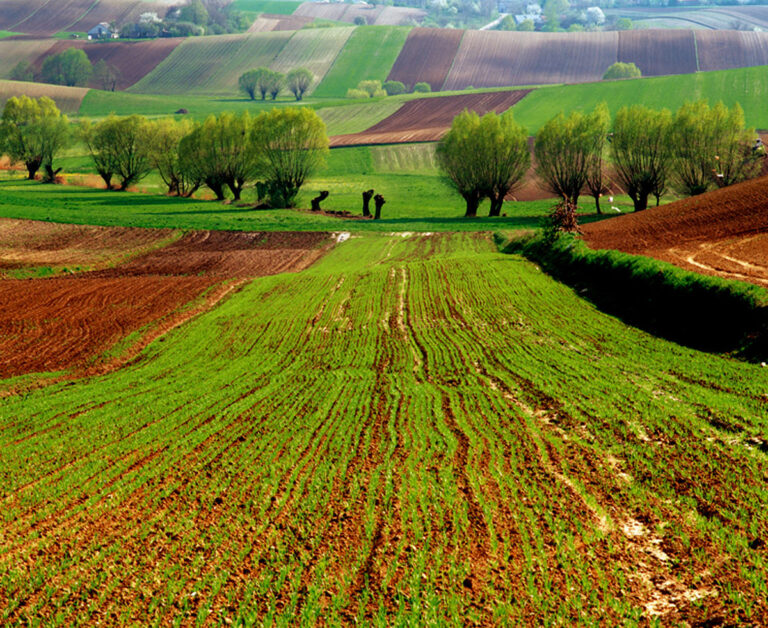 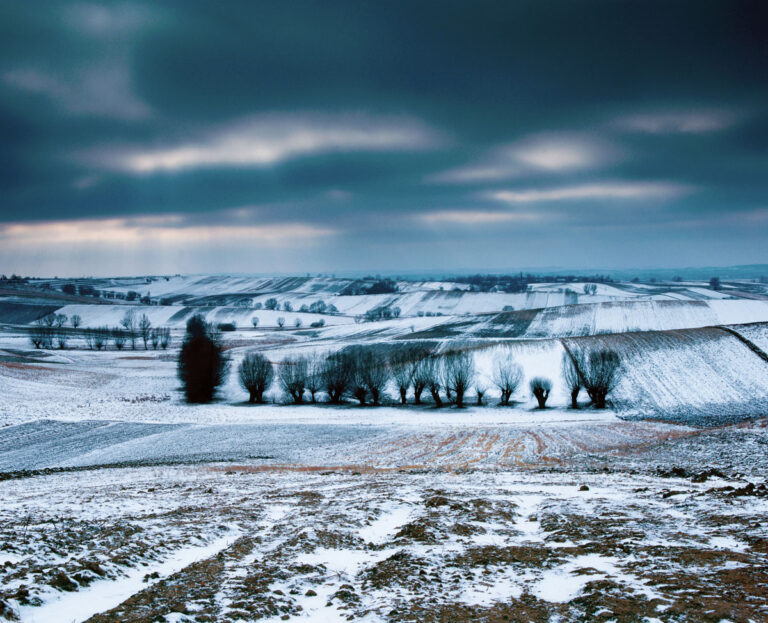 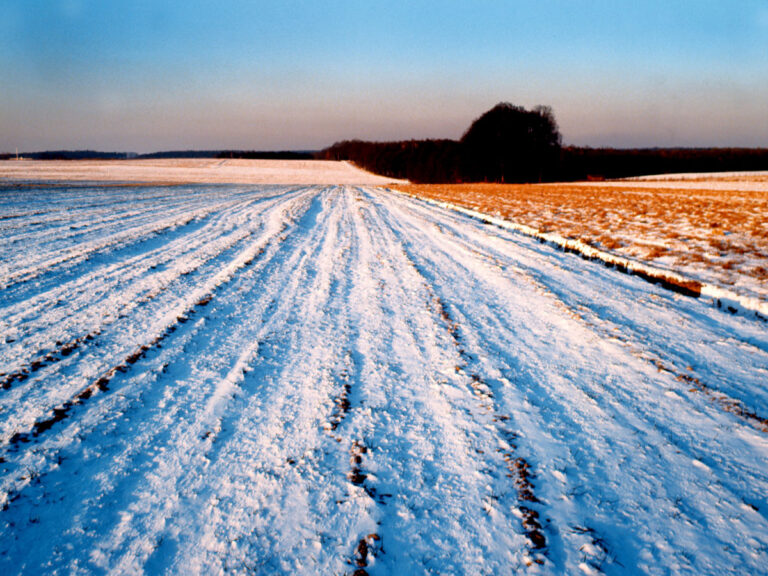